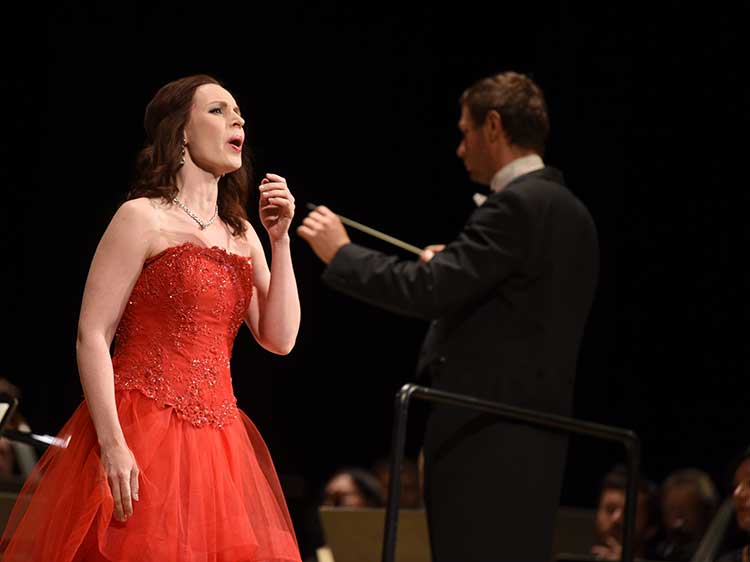 September, September. What a brilliant time of year. Munich has put on some unseasonably sunny weather, which the locals seem to be melancholic about, but I’ve enjoyed it. These days I’m home very rarely, so my beloved town turned on her best for me.

I started the month out still in Riga. Fortunately I was able to tack on a few days to enjoy the city, following my concert there. A dear friend from Australia was able to show me the best the city has to offer. We ventured into market places, down many alleys and descended a long staircase into the welcoming antechamber of an underground restaurant, run by another fellow Aussie. The restaurant has live music every night, and on this evening we enjoyed the sounds of possibly the best cover band I have ever seen. They were having so much fun, but were also so exact, and it made me nostalgic for my rough-and-tumble rock band days.

It was lovely to finally be back in Munich, albeit for a few days. Having just moved house, I spend the first night in our new apartment, and enjoyed a little time on the sunny terrace. After a day of settling in, I started to sink my teeth into preparation for the International Vocal Competition in ‘s-Hertogenbosch in the Netherlands. This was to be my first major international competition. 746 people from around the world had applied, and 60 were selected to proceed through to the live rounds. It was exciting even to be one of those 60. The competition was fierce, to say the least. Not just the talent level, but the focus and preparation of the other competitors was astounding. Speaking to some of them, it was clear they had been preparing for months for this one chance. There are some singers that make a profession of travelling the competition circuit. Against that kind of singer, I felt in honesty a little humbled. I am fortunate enough to work on the stage full-time. But that meant that I didn’t dedicate the months and months to competition preparation that one clearly must do in order to be competitive. I didn’t make it into the semi-final, and it was an excellent reminder that there is always room for improvement. It was inspiring to hear so many quality singers.

The following days were spent travelling to, in, and from Marburg, a quaint university town 100 kilometres due north of Frankfurt. Alex had been invited to aid in the orientation of the incoming Fulbright scholars, having spent his year in Germany rather successfully. Alex was a fount of knowledge for the eager academics, who tore tidbits of information from his tongue. The town itself has ties to the Grimm Brothers, who both graduated from the famous Marburg University. The brothers made the acquaintances of German poet Clemens Brentano and author Achim von Arnim, both proponents of the Heidelberg Romantic, who provided inspiration for the brothers’ first fairytale collection.

I enjoyed some generous buffet-style free meals (you can take the American out of America…) and observed heated discussions on science and politics, dropping in the occasional five-syllable word for good measure. “Epidemiology” was used several times. Being in Marburg was enjoyable for two reasons. Firstly, it was exciting to be surrounded by so much intellect. The breakfast table was abustle with Nietzsche and social politics. A stroll up the steep hill to the castle became a debate on the origins of beer, and standing in the orderly buffet queue was an enlightening session on the resurgence of the Alt-Right in East Germany. The second deeply enjoyable element of the trip was being able to observe Alex guide and orient these young “Fullis.” He quelled fears, provided insightful commentary on the quirks of Bavarian life, and supplied hilarious anecdotes, rendering him at once relatable and sagely.

Next up was rehearsals in Munich, for our upcoming recital, “Perspektiven.” 12 months ago, Alex and I decided we would like to present a Liederabend in Munich. After months of unsuccessful attempts at securing some foundational financial support, we decided to go ahead on our own dollar, or euro. Our objective isn’t, and was never, to make money from this concert. In fact our plan is to give any profits we receive back to the university. It is our objective to present interesting, and seldom-heard Baritone/Soprano “Lied duets.” These songs are rarely presented in a concert setting, and I am excited to bring them to the Munich audience.

Following our rehearsals, it was time to head off to Frankfurt to work with Neil Semer again, and this time in the flesh! Neil regularly does trips to Europe to teach, and for the first time in four years of working together, the scheduling gods smiled on us, and we were able to align our calendars for two days of intensive work. The extremely positive outcome of this work is a post for another time, but I can confidently say it was not just career-, but life-changing.

September came to a close in Bochum, half way between the Ruhrgebiet towns of Dortmund and Essen, 50 kilometres Northeast of Düsseldorf. I was in town to sing the soprano solos in a concert of Beethoven’s 9th Symphony, with selections from other oratorio. The offer to be involved in this concert came rather later than usual, meaning I had to prepare the 9th in hotel rooms, with little more than my iPad for scores and my mobile phone piano for notes. But the concert was actually a very relaxed affair. The Bochumer Symphoniker, under the Baton of beloved colleague Steven Sloane, played with the sensitivity and finesse you would expect from a German ‘A’ orchestra. It was also an immense pleasure to perform in the symphony’s stunning new Concert Hall, opened only months ago.

I hope this will be the first of many Beethoven 9ths for me.

I think that’s enough for now. They are some Weißwurst sausage on the stove (it’s the last day of Oktoberfest in Munich and these sausages are a Bavarian breakfast tradition) and a pumpkin pie in the oven (hello, Autumn) and both need attending to.